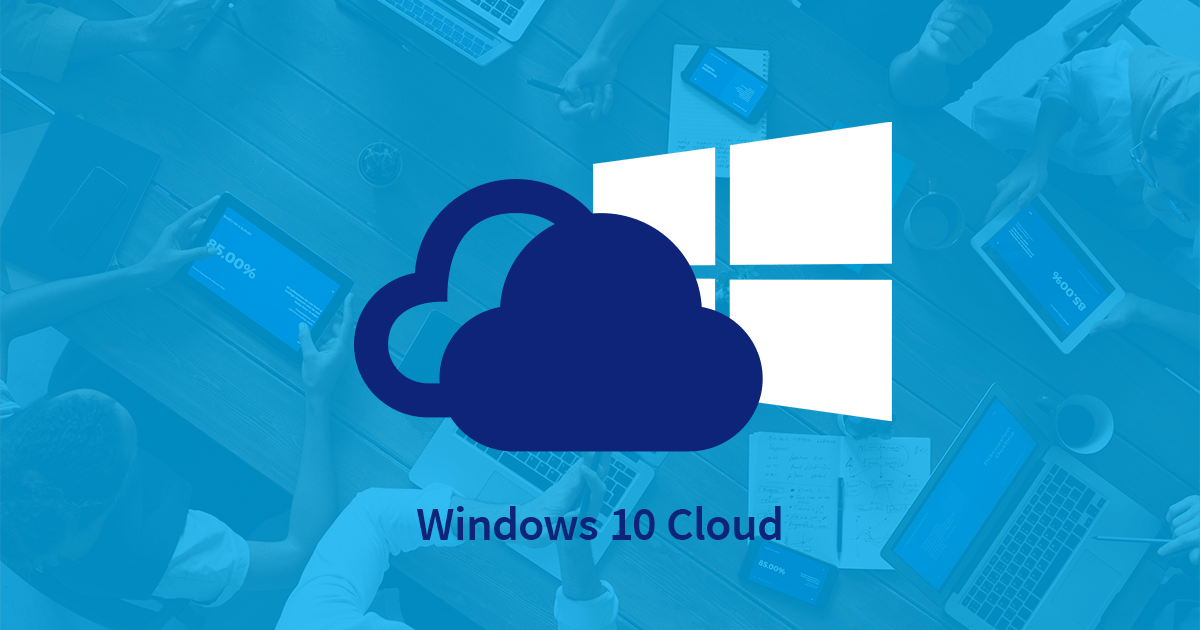 Windows 10 Cloud is directly offered by Microsoft as a standalone product. This offering is often regarded as the rival for Google Chrome OS on Chromebooks. This is line with Microsoft’s vision to create an ecosystem Universal Windows Platform (UWP) for its non-desktop users.

Windows 10 basically operates just like its counterpart Google’s Chrome OS. It is best suited for low-end devices and netbooks because of their low configurations. Though its termed as “cloud offering”, many experts have claimed that it doesn’t really have features of comprehensive cloud-based systems. The cloud-based systems are empowering which offers variety of choices, but Windows 10 Cloud is very limiting as we will be able to use only what Microsoft approves. If you want true Windows 10 in the Cloud that can run all your applications, Apps4Rent offers that on Cloud desktops.

For lower end of the devices, Windows 10 Cloud matches the perfect user requirements. For high-end devices that doesn’t run win32 program outside of Windows Store, it can be a different story. But for low-price devices, Windows 10 in the cloud is the better alternative. Therefore, if you are using mobile devices like tablets or Chromebooks, it makes perfect sense to use Windows 10 on the cloud. There is a pro version available too, which removes all the inhibitions of the free (trial) version.

However, most of the operations of Windows 10 Cloud are limited to the Windows Store. As Microsoft is extremely particular about its security provisions, it has the perfect method to keep users attached to the Windows Store. Of course, it allows Microsoft to keep an iron fist on security parameters by keeping a check on your apps. Though installing third party apps is not possible now, but Microsoft will loosen up its stance and allow to venture out of its Windows Store. It still has failure of Windows RT fresh as it didn’t open up to other devices. We are sure Windows 10 Cloud won’t repeat the mistake of Windows RT.

To conclude things, it seems that Microsoft has learnt from the failure of Windows RT. Having said that, it still has tight-grip control on its functions leaving users very limited scope to play around. However, as predicted earlier, this is likely to change. With rivals coming up with their own products, Microsoft can’t afford to miss the game that it has dominated so far.

The Windows 10 Cloud version is worth giving a try once. We all know the Apple ecosystem and how smooth it integrates across all its iOS devices. Microsoft has tried to do the same with Windows 10 Cloud, and when it’s Microsoft, there should be something.

If you want true Windows 10 in the Cloud that can run all your applications, a Cloud Service Provider such as Apps4Rent can offer that on a Windows Virtual Desktop for a monthly subscription. For more details, contact our expert team at Apps4Rent now!

Also see: How to use multiple session in Windows 10?