The quality of your videos and what extra you offer to your viewers decide the response you are likely to get. Most video creators want to leave no stone unturned when it comes to improving the quality of audio and visuals. There are now more possibilities than ever for video creators and streamers to make their content more compelling. Surround sound streaming is one such powerful feature that can offer that extra to your live streaming videos. While this feature is mostly observed in premium tools, OBS Studio brings it for free, just like all its other features.

What is Surround Sound Streaming?

What is OBS Studio?

Open Broadcaster Software, or simply OBS Studio, is an open-source program. It enables you to capture screen, record videos, and manipulate the output before reaching the audience. OBS Studio has excellent visual mixing capabilities that gather input from multiple sources like your screen, webcam, and even microphone. OBS Studio is also known for its vast community that offers tons of plugins, filters, and effects for further customization. OBS allows you to store the video files on your own system or broadcast them on live streaming platforms like YouTube, Twitch, and Facebook Live. OBS Studio supports Windows, Mac, and Linux based systems and is free to download and use.

With different settings to customize your production, OBS Studio helps you create professional-quality videos with excellent surround sound effects. OBS Studio is the first mainstream broadcasting software to allow users to record and stream videos with surround sound audios. It supports live streaming and recording up to 8 audio channels simultaneously. In addition to recording audios from surround sound channels, OBS Studio can record from general multichannel audios too.

What Use Cases OBS Studio Meets with Surround Sound Streaming?

The surround sound streaming support offered by OBS Studio allows streamers to broadcast a single-channel video with multiple surround sound audio channels. This helps the software meet use cases such as broadcasting live events and conferences with surround sound effects. When it comes to music, you can mix and match music channels or fine-tune your production right when it is being streamed. Furthermore, gamers can use surround sound streaming for making their gameplays sound more realistic. Last but not least, OBS also allows encoding your channels for ambisonics.

How Apps4Rent Simplifies the Use and Scalability of OBS Studio?

Robust software applications like OBS Studio can offer much more than their basic functionalities, provided they are set free from the restrictions set by limited resources. Apps4Rent can help you use OBS Studio to its maximum audio and video capabilities with our virtual machines. We offer dedicated OBS hosting plans for increased scalability and enhanced performance. For your software, the sky is the limit when it is hosted on our top-tier data centers and Azure. To know more about hosting plans and services, feel free to contact our customer support team, available 24/7 via phone, chat, and email. 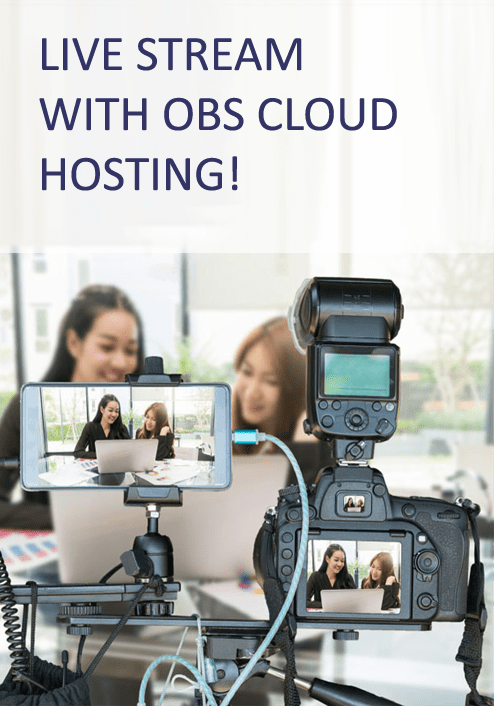