Live streaming is one of the easiest ways to build virtual communities. It is cost-effective, transparent, and can be used by just about everyone to showcase their skills while protecting original content against piracy. One of the few challenges that new live streamers have to overcome is to use appropriate software that works well with their hardware and platform of their choice.

A streaming video application encodes the raw video signal from the camera to transmit content over the internet. While all broadcasting applications perform the basic task of encoding and transmitting content to different platforms, they vary in terms of features, customizations, and licensing. Let us compare Open Broadcaster Software (OBS) vs Wirecast and explore the benefits of hosting these video broadcasting applications.

Which Is More Affordable, Wirecast, or OBS?

Wirecast by Telestream is a premium streaming solution. It is available in two licensed versions, Wirecast Studio, and Wirecast Pro, that are priced at $599 and $799 respectively. Every license includes a Standard Subscription worth $99 for the first year. Users can upgrade to the Premium Support Plan worth $299 for additional assistance.

OBS, on the other hand, is an open-source application. There is no licensing cost involved in its use. While there is no additional support plan for OBS, users can take advantage of multiple sources of assistance such as wikis and guides, discord chats with OBS contributors, and volunteers, and forums.

Which Is More Flexible, OBS, or Wirecast?

As an open-source software, OBS allows the integration of several additional plugins that can help users take advantage of new features by third-party developers and volunteers. Even though OBS is a full-fledged live streaming solution out of the box after installation, the ability to add plugins and customize the software to suit specific streaming requirements is one of the most important reasons for its popularity.

On the other hand, Wirecast does not have as many plugin options as OBS. Users can either upgrade to Wirecast Pro for more features or fill out a feature request form if they cannot find the feature that they need with the software.

How Do OBS and Wirecast Compare in Terms of System Requirements?

OBS is among the lightest video streaming applications available on the internet. It is significantly less resource-intensive than comparable applications, including Wirecast. This makes the perfect choice for live streaming while running other applications such as graphically demanding PC games or 4K video editing even on systems with relatively modest specifications. Moreover, while OBS can run on Mac, Windows, and Linux operating systems, Wirecast works only with Mac and Windows devices.

Which Application is Easier to Use Between OBS and Wirecast?

The comparison between OBS vs Wirecast is incomplete without judging the two applications based on their ease of use. Wirecast is relatively easier to set up and arguably has a more intuitive user interface. However, OBS has an interesting feature that allows users to click, drag, scale, and crop important elements from the preview window. While similar capabilities are available in Wirecast as well, users will have to control their shots manually using sliders.

Why Host OBS and Wirecast On Apps4Rent Virtual Desktops?

Price is the deciding factor in most OBS vs Wirecast comparisons. While Wirecast does allow for a free trial, serious live streamers will have to upgrade to the paid version or switch to an open-source solution such as OBS. Regardless of the application that you may choose for live streaming, it is advisable to host it on a virtual desktop for scalability and performance. Apps4Rent offers unique OBS hosting plans to get you started with live streaming. We can also host Wirecast and other applications on the cloud. Contact our hosting experts available 24/7 via phone, chat, and email for plans and assistance. 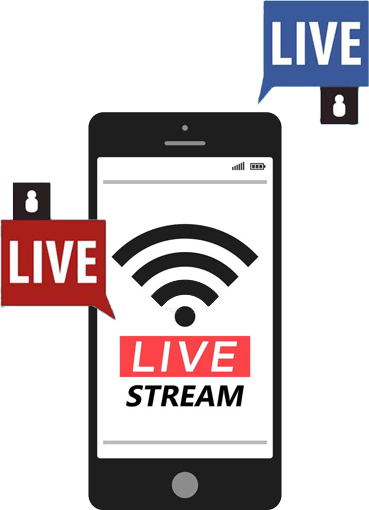